Machete Fighting.  Yes, you read correctly.  This is a real thing. I doubted it too when I first heard of it.

When someone says machetes, I used to think of several things: the cheesy movie Machete and terrible atrocities in places such as Rwanda. But, there is so much more to machetes as I found out.

In the coastal region of South America such as  Choco, Colombia, which includes the island of San Andreas, the cities of Choco, Quibdo, and Istmina, machetes have been and continue to be a part of daily life for every individual starting from a young age. Mind you, this is tropical rainforest country and where about 52 feet of rain falls annually.  Variations of machetes were even found in the Amazon Basin from Stone Age Indio Cultures. 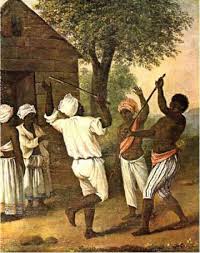 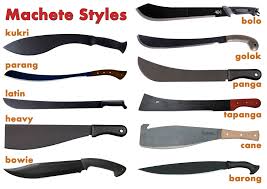 Machetes 2-3 feet long sit in doorways, on tables, and anywhere you can imagine. They chop and release the wild sugar cane that the locals chew on during the day for extra energy. They clear the dense jungle encroaching any semblance of civilization at every turn. They help with chores and with cutting down fruit. Little kids grow up using machetes. They learn how to respect them and do not play with them frivously. This is in a land where 7-year-olds are sent to the rivers before and after school to pan for gold the old fashion way in order to supplement the household income. 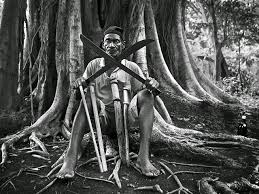 This local phrase, dejenlos que se respeten is translated as, “Let them earn each other’s respect”, summarizes the purpose of machete fights.  They are a way to settle arguments.  They establish societal order.  They are not considered barbaric or something only thugs engage in over trivial matters.  No, machete fighting is like modern day sword fighting.    Does the word, Machismo come to mind?  The goal of a machete fight is not to maim or kill.  It is to get your opponent to concede.  Fights often begin by skimming a machete on the ground.  Sparks fly.  The opponent who is slapped the most with a blade or is cut concedes. 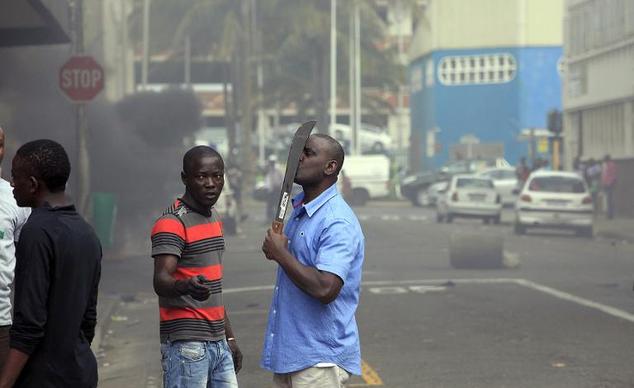 True, the occasional casualty takes place but each fighter knows the risks involved.  This is not a culture for the faint of heart.  Respect means everything and rides along the edge of a sharp blade.

Men are seen practicing machete fighting with real machetes or long, wooden rods. Another frequently seen occurance is a man sharpening his machete with a rock. Some use a sharpening tool but most rely on a rock. One must keep his blade sharp and ready. 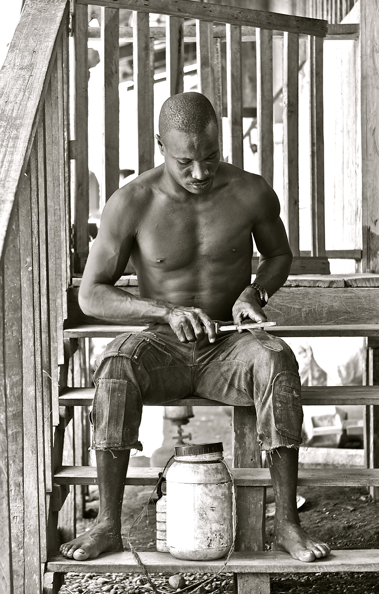 I took the picture below of a gentleman in San Andreas, Colombia after he used his machete to slice open a coconut and he proceeded to chase me down the street (in his bare feet).  In hindsight, I should have asked his permission for a photo.  This pic. is a bit blurry because I was running as I took it. 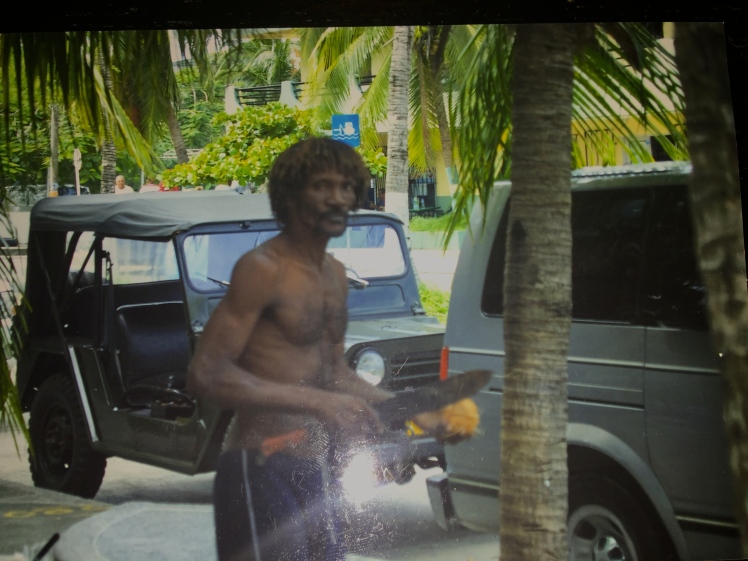